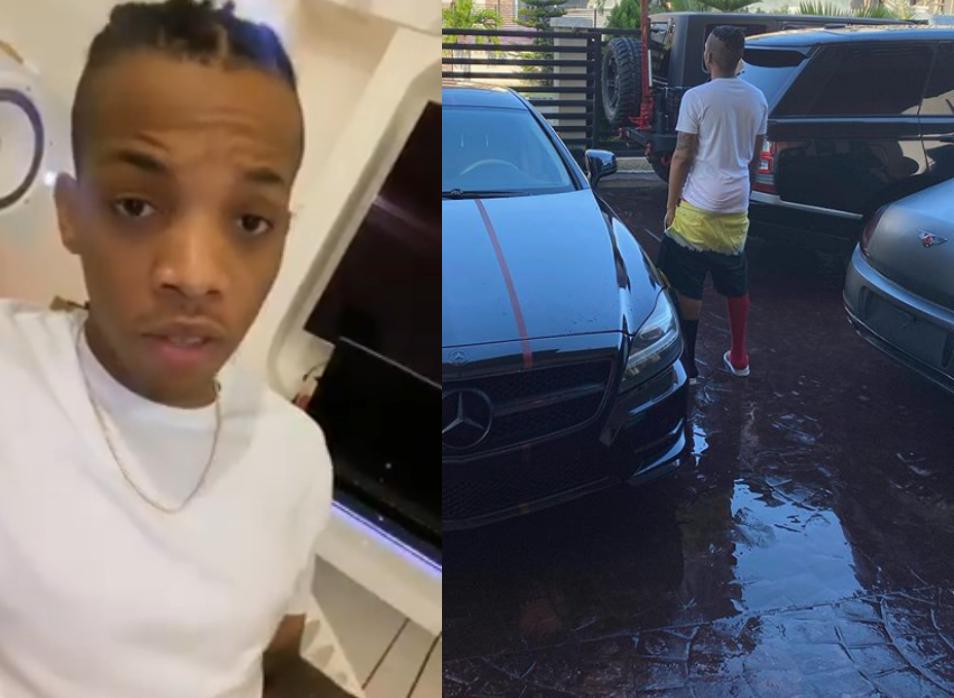 Nigerian singer Tekno has shown off his fleet of cars as he takes us on a tour in his garage complaining about someone not there to give him head.

The singer posted a photo of himself standing in his garage showing off some amazing rides he has as well as to complain of his caption.

According to him, a lady was supposed to be with him but unfortunately, she’s not there with him to give him heads in whatever he’s doing.

His colleagues and fans while reacting to his post only laughed at him with some saying the lady might have missed the address he gave her.