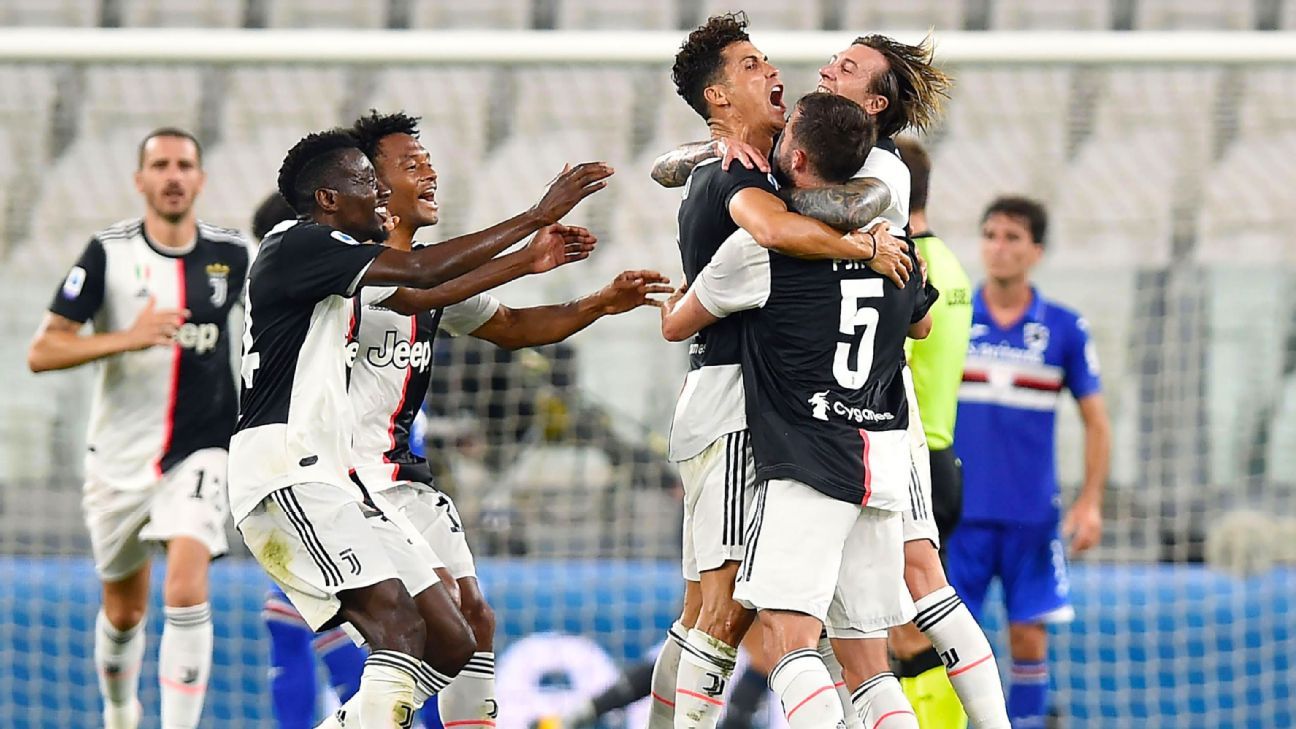 Cristiano Ronaldo helped Juventus to secure another Serie A title on Sunday and he has dedicated the trophy to fans.

The Portuguese superstar scored but missed a penalty in the 2-0 victory over Sampdoria which wrapped up their ninth straight title. It’s Ronaldo’s second title in his second year at the Old Ladies.

“Delighted for the second consecutive championship and to continue building the history of this great and splendid club,” said Ronaldo on Instagram.

“This title is dedicated to all Juventus fans, in particular to those who have suffered and are suffering from the pandemic that has taken us all by surprise by overturning the world.

“It was not easy. Your courage, your attitude and your determination were the strength we needed to face this tight final of the championship and fight to the end for this title that belongs to all of Italy.

They will be hoping to finish the season with Champions League.