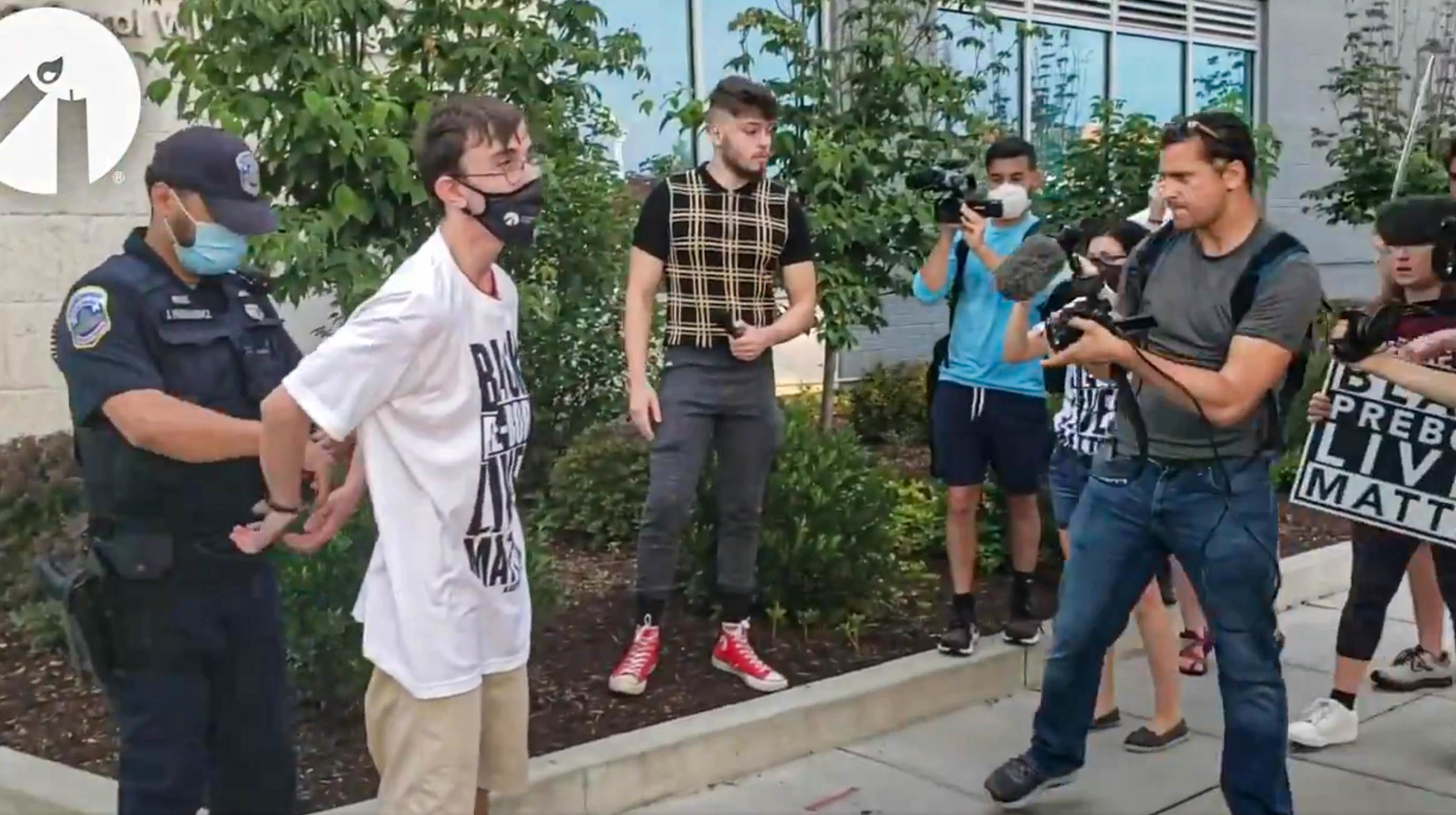 Police in Washington, D.C., arrested a man and a woman in front of Planned Parenthood because they were writing “Black Preborn Lives Matter” with a piece of chalk outside the abortion facility.

“Our students and team members were threatened, harassed, and arrested in front of Planned Parenthood in Washington D.C. for painting all Black Preborn Lives Matter,” the pro-life group Students for Life tweeted Saturday.

The tweet also carried a video of the incident. “Hey folks, I need to tell you now, that if you continue chalking you’re going to be placed under arrest for defacing property,” an officer can be heard saying.

A Metropolitan Police Department spokeswoman told The Epoch Times that the arrests were for the defacing of property.

The man and the woman were released with citations.

“We’ve had several offers from legal organizations to help our @StudentsforLife team in light of the unconstitutional arrests and banning of our #BlackPreBornLivesMatter street painting today,” Students for Life President Kristan Hawkins said. “@MayorBowser, you messed with the wrong students.”

Recently, D.C. Mayor Muriel Bowser painted the streets of the city with the slogan “BLACK LIVES MATTER,” the pro-life group pointed out in an online petition.

“In doing this,” the petition says, “she proclaimed not only what those of us in the pro-life genuinely believe and fight for every day in-front of Planned Parenthoods and other abortion facilities across America. But she also opened up the streets of Washington, D.C. for public expression.

“After applying and receiving our permit and after being told by the Metropolitan police that the Mayor has ‘opened a Pandora’s box’ by painting public streets, Students for Life arrived at the D.C. Planned Parenthood on Saturday, August 1st to six police cars threatening to arrest our team and student leaders if we painted ‘BLACK PREBORN LIVES MATTER,’ even using the temporary paint we bought that the Police Department specifically requested.”