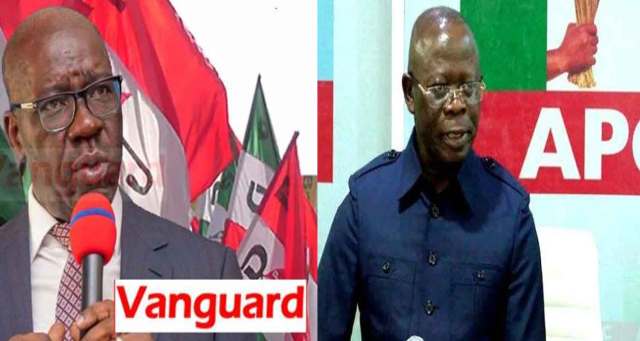 BENIN – EDO State chapter of the Peoples Democratic party (PDP) has dragged the former National Chairman of the All Progressives Congress (APC), Comrade Adams Oshiomhole to the court of public opinion, urging him to present his primary School Leaving Certificate if he actually went to school.

Orbih also urged the former Governor of Edo State to disclose to Nigerians the cause of quarrel with his successor, Governor Godwin Obaseki whom he described as a worthy Alumnus of Nigeria premier University of Ibadan (UI).

He said, “They said Governor Godwin Obaseki who graduated from University of Ibadan has a Certificate. I’m bold to say that I challenge…