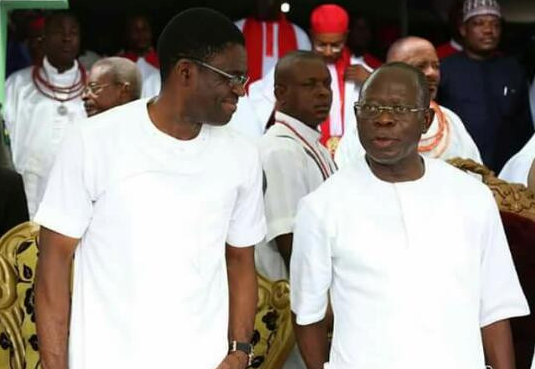 In a recent submission, he claimed that Obaseki is currently the greatest nemesis of Oshiomhole adding that he did everything within his power to unseat him.

The deputy governor made this known in a recent submission adding that he urged Oshiomhole to drop all qualms against Obaseki because the governor is doing well for the people of Edo state, however, Oshiomhole said no.

Speaking on the plot to impeach Obaseki, Shaibu stated that he refused based on the fact that he wasn’t ready to betray his friend.

He once again pledged his support for the governor stating that he will fight to see to it that Obaseki is defended the same way he fought to defend Oshiomhole when there were plots against him in Edo State.