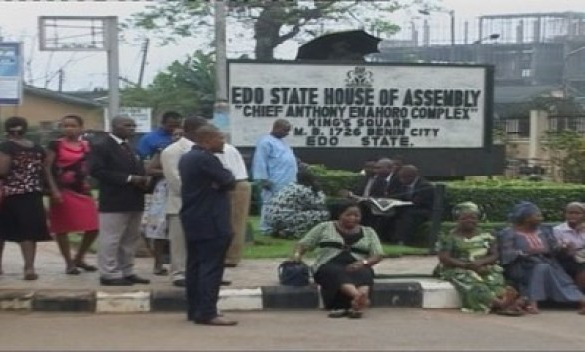 Reports we have gathered suggest that the Speaker of the Edo State House of Assembly, Frank Okiye has been impeached.

After the impeachment, members of the house have elected, Mr. Victor Edoror as his successor.

The impeachment was carried out by the factional house of assembly members who are loyal to suspended National Chairman of the All Progressives Congress Adams Oshiomhole.

Out of the 17 members, 14 of the members had their seats previously declared vacant. We also got information that the impeachment decision took place at a private location and this was after the state’s security officials took over the State Assembly Complex.