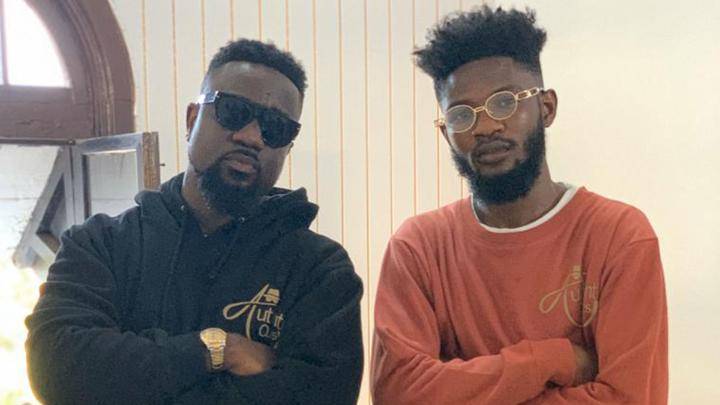 It’s true Sarkodie is Ghana’s best rapper of all time. We won’t dispute that all. It’s even believed the Ghanaian rap king is the best on the continent.

The records are there to show. The Ghanaian rapper and proud father of two has received 92 awards from 165 nominations, including 22 Ghana Music Awards.

Undoubtedly, he’s in a league of his own. However, there other Ghanaian rappers who are on his level or better than him but lack of recognition has limited their craft and shove their talent into oblivion. Let’s tilt the spotlight on these artistes.

Lyrical Joe’s real name is Joseph Gamor. He’s a Ghanaian rapper who was born on August 5, 1995, in Accra and hails from Mafikumasi in the Volta Region of Ghana. Remember he’s one of the budding artistes Sarkodie featured in the popular ‘Biibi Ba’ song which was released in 2018. Lyrical Joe literally murdered the other rappers on that project with his fast pace rap flow, wordplay, and punchlines.

Before that LJ (as he’s affectionately called) participated in the popular African TV show X Factor in 2011. He was the only Ghanaian rapper who featured in that year’s edition and although he gave a good account of himself, he sadly bowed out of the show due to lack of votes.

The young rapper has since released a couple of songs which include Heart Breaker, Fork & Knife, I dey feel u, I’m Sick, 3-kings, Bowtie, Alright and recently released Tina. His music video for ‘Bowtie’ got him a nomination at the 2016 MTN 4Syte Music Video Awards in the award category Best Discovery Video of the year. A true Hiphop fan who knows the rudiments of the genre will agree with me that LJ is as good as Sarkodie or even better than him but his luck has not been brighter enough to cement this belief.

Flowking needs no introduction at all. He’s unarguably the best rapper to have emerged from Kumasi where the likes of heavyweight rappers like Lord Kenya and his blood brother Okyeame Kwame also come from. Recall that legendary Ghanaian music producer, Hammer of the Last Two fame eulogised Flowking Stone in a recent interview and bemoaned why he has not been explosive on the music scene to match his talent. According to Hammer whose real name is Edward Nana Poku, Flowking Stone is an amazing talent. He rightly observed Flowking Stone is immensely talented but Ghanaians have not really been able to appreciate his talent. He had said; ‘My brother, one guy who’s so talented that if I had not been too busy now with this bread business I would have taken to the studio and camped him is Flowking Stone. ‘Herh! that guy is a raw talent, Ghana has not even heard anything from him. These Producers around are not able to bring out the best in Artistes. Have you seen how I managed to bring out the best in all those artistes I produced? I just wish I can be in the studio with him, the guy is too good to be where he’s as at now.’

I wouldn’t even be surprised if you wonder who Gemini is. He’s professionally known as Gemini Orleans but his real name is Victor Mawuli Orleans-Fiaka. He is a Ghanaian hip hop artist who is known for the singles Never forget me, O day O day which features Edem and Sarkodie. He was featured on Sarkodie’s Makye Album which won the Album of the Year in the 2010 Ghana Music Awards. Gemini is a great rapper and a ‘killer’ at punchlines. Sarkodie himself has acknowledged that Gemini is in a league of his own in the song ‘Revenge of the Spartans.’