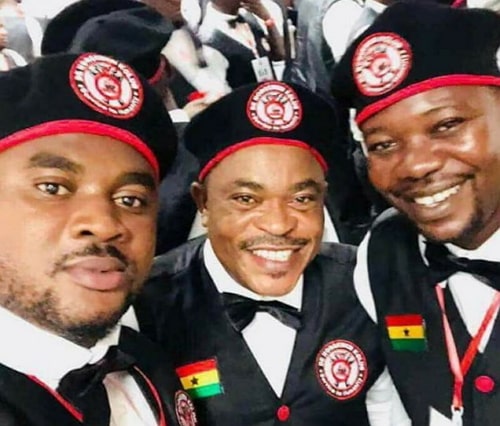 Cultist actors in Nollywood are said to be the most successful with their success being attributed to the dark ways they follow behind the scenes.

Cultism is a decay that has eaten into the fabric of society that should not be encouraged with the youth who look up to the famous celebrities.

Celebrated Nollywood actor, Zubby Michael is associated with the Black Eye / Aye cult. He is mostly seen with Black Eye cultist members and it is rumored he is a big part of the cult.

Victor Osuagwu is a Nollywood actor who is associated with the De Norsemen Klub Of Nigeria.

Emeka Ike is associated with the Black Eye / Aye cult. He is mostly seen with Black Eye cultist members and it is alleged to be a part of the cult as he often displays cultist signs in public.

Francis Duru is an actor who has been alleged to have ties with cultist group.

2 face Idibia is known to display cultist signs through his music and videos.

Burna Boy is an associated member of the Black Eye / Aye cult confraternity. He is seen displaying the cultist signs through his music.