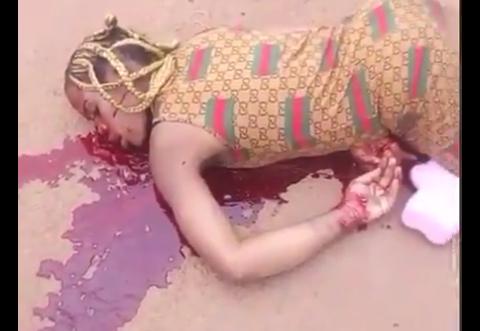 An unknown lady has been allegedly stabbed by a man believing to be her boyfriend who has been dating for many years. The name of both persons are yet to be known however, some residents have confirmed that she was stabbed by her boyfriend.

The murdered lady was seen in a video twerking with Naira Maley’s track “Puta” before the murder incident occurred. She was seen partying with some unknown guys at a drinking spot.

The Nigerian police have commenced a serious investigation into the matter which occurred at Lagos State. Watch videos below….