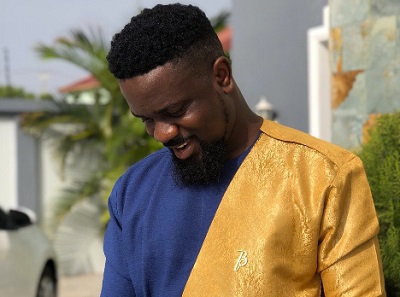 In 2018, Ghana’s iconic rapper Sarkodie featured ten budding rappers on a cypher dubbed, ‘Biibi Ba.’ The song garnered massive attention after the ‘wicked’ flows unleashed by the young rappers who tried to outdo one another as to who truly deserves mainstream recognition beyond the song.

It has been two years since the song dropped and in this write-up, we shall take a look at how the rappers are fairing now and whether they have had the breakthrough in consonance with the Biiba Ba project. Let’s see what the ten rappers have been up to since they first appeared on this huge platform and whether they were able to exploit the chance they had to their advantage.

Lyrical Joe is such a great talent. Unfortunately, he’s yet to break into the mainstream even after the Biiba Ba gave him the exposure. Although he has tried his hands on some ‘dope’ singles since his appearance on Biibi Ba, Lyrical Joe has been a pale shadow of himself.

Undoubtedly, Kofi is the biggest ‘export’ from Biibi Ba. He has released a couple of singles that have been well received by music lovers and party revelers. His ‘Don’t Be Late’ is a street anthem and his verses on collabos he had had with other mainstream artistes have been bangers

Tulenkey is equally doing well. His ‘Fvck Boys’ which featured Nigerian rappers Falz and Ice Prince was a hit song while ‘Girlfriend’ is receiving massive airplay all over the country.

The young rapper is yet to see the end of his tunnel. He has also released a few singles but they are yet to make him burst out and take over the main stage.

Samuel Nana Kwame Odame Ampofo, known is professionally is struggling too. His widely anticipated ‘Memoir’ did not live up to expectations.

Nothing musically has been heard from Toiboi and we even wonder if he has shunned music for good. Toyboi got signed to Supernova Records in 2017 and has four songs such as ‘Love Me’, ‘Adoley’, ‘Somtin’ and ‘Don’t Bother’. All these songs have not projected him to the pedestal we all envisaged after his appearance on ‘Biibi Ba.’

Fresh-faced Amerado is putting much effort into his craft but unlike Kofi Mole and Tulenkey, he’s yet to replicate that stride.

CJ Biggerman is working very hard to put his brand out there. Recall that he delivered a freestyle spontaneously to famed US rapper Rick Ross when he arrived in Ghana for Detty Rave Concert in 2019. In fact the American rapper was so impressed with his performance that he asked him to join him on stage at the concert although he (CJ Biggerman) was originally not billed to perform.

OBkay has been lurking in the shadows and he once admitted in a previous interview that he’s having a tough time hitting the limelight, a situation which nearly made him quit music.

Which of these artistes do you think will soon burst out just like Tulenkey and Kofi Mole? Kindly leave your views in the comment section below.