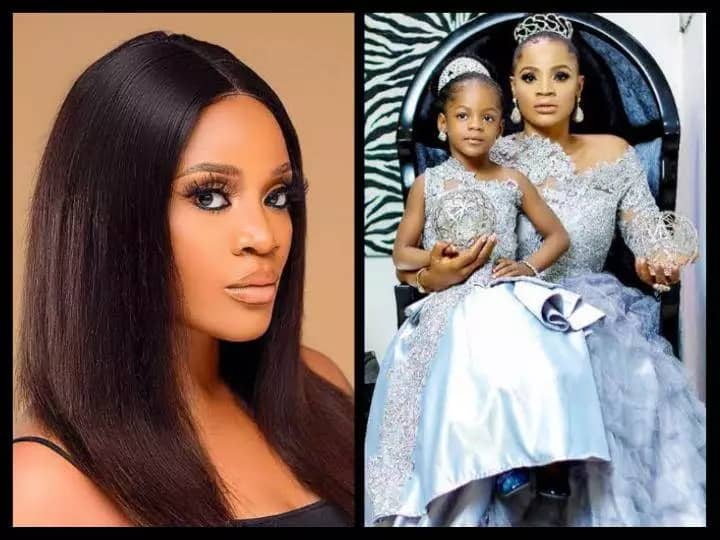 Just as the mere man makes mistakes and has their negative pasts, celebrities are also pruned to mistakes and also have their bad past or bad side. Although these celebrities have walked in their darkest moments, they’ve been able to break all odds by refusing to abort their pregnancy even though they were young.

Famous talented actress in the Yoruba-cinema Toyin Alasua played a prominent role in Bukky Wright’s movie “Omotara Johnson”. Toyin got pregnant at age 17. She thought of aborting her pregnancy when it was 5 months old but it failed.

Toyin Lawani is a popular stylist and fashion designer. She revealed that she had wanted to abort her son when she was pregnant because she was older than the father of her son. “A lot of negative voices kept begging me to take it out that it was a bad idea, Well Imagine if I had listened to the world or if I was too scared to carry on the cause of what people will say?… I would have missed out on this Beautiful Blessing….My son is the most handsome Boy ever I’ve ever seen” she said.

Nollywood actress Uche disclosed on the birthday of her daughter in 2018 that she was advised to abort her daughter. Uche defiled the advice and kept her child. She also; “I love you beyond words can explain. You are the true essence of my Existence, My Second Chance In Life, my Guardian Angel.

I know why you are here with me, God sent you to Assure me of his Undying love for me , to protect me & give me Security. When the world looks so bleak and impossible, you hold my hands in Assurance “

When the devil tried to destroy me and make me desolate, you Came and gave me fulfillment. Thank you for All you Do for me my Angel, all you do that you might not know you do! I’m happy I didn’t take the Advice to Abort you. I would have been long dead and buried by now too.”

Nollywood actress Regina Chukwu disclosed she almost aborted her son Maduabuchi Richard Nwafor due to poverty. She stated that she was terribly sick when she was pregnant and there was no food for her to eat.