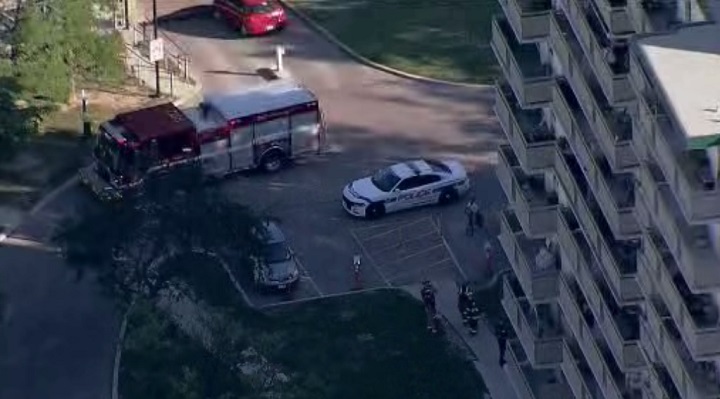 A seven-year-old boy at a Mississauga apartment has been saved by two peel regional police officers and his mother after he was hanging from a balcony rail, nearly falling several storeys.

Police said the incident happened just after 5 p.m. on Friday at an apartment building near Erindale Station Road and Dundas Street West.

According to an update issued by officers, the child was playing near a window and slipped out, leaving him hanging onto a sixth-floor balcony rail.

The boy’s mother reportedly heard the boy crying for held and was able to grab him, but police said she was unable to pull him inside as she was losing hold.

“Officers breached the door to the residence and a window near child and pulled him in,” the service said on Twitter Friday evening.

Police said the child was uninjured and the officers suffered minor injuries due to broken glass.