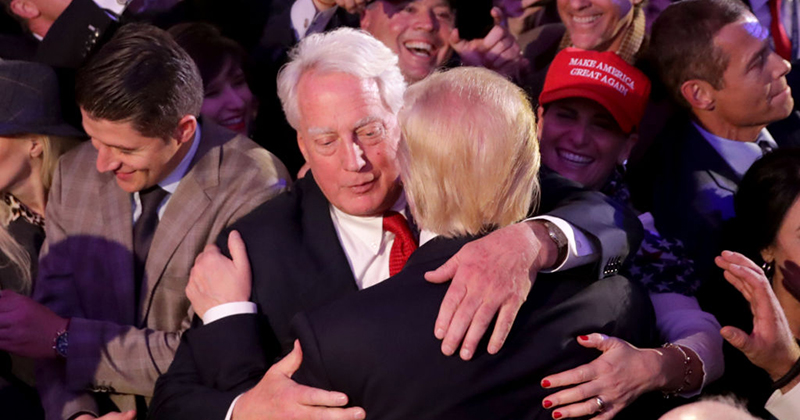 President Trump’s younger brother, Robert Trump, has died of an unspecified illness at the age of 71.

“It is with heavy heart I share that my wonderful brother, Robert, peacefully passed away tonight,” Trump wrote in a Saturday night memo, adding “He was not just my brother, he was my best friend. He will be greatly missed, but we will meet again. His memory will live on in my heart forever. Robert, I love you. Rest in peace.”

Robert was hospitalized on Friday in New York and was reportedly “very ill.” In June, he spent over a week in intensive care at Mount Sinai Hospital in Manhattan. He was the youngest of five children, and unlike his famous brother, lived a quiet life in upstate Dutchess County, NY, where he was known for supporting a number of local charities.

He was also a trustee of the nonprofit Angels of Light, as well as a horse rescue group, according to Town and Country.

“He’s not flamboyant,” one local said of Robert.

Previously, he served as a top executive with the Trump organization – describing himself to Page Six in January of 2016 as “gainfully retired.”