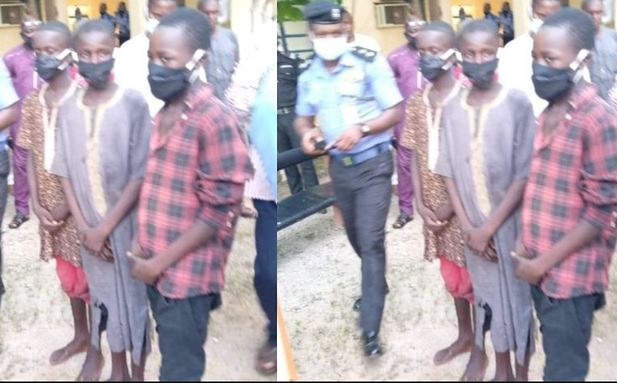 The Katsina State Police Command has nabbed three teenagers for allegedly banging and drowning a 13-year-old girl to death in a pond in the state.

All from Danmusa town, they allegedly conspired, attacked and gang raped a 13-year-old girl from Dutsen-Dadi village in Danmusa Local Government Area in their farmland on August 14, 2020.

The suspects are Mubarak Lawan 16, Anas Ibrahim, 15 and Aliyu Mika, 15; all from Danmusa local government,”

Gambo continued that the victim was thrown into the nearby pond after she was bonked by the suspects which resulted in her drowning.

She was confirmed dead after the recovered body was taken to Danmusa Hospital.