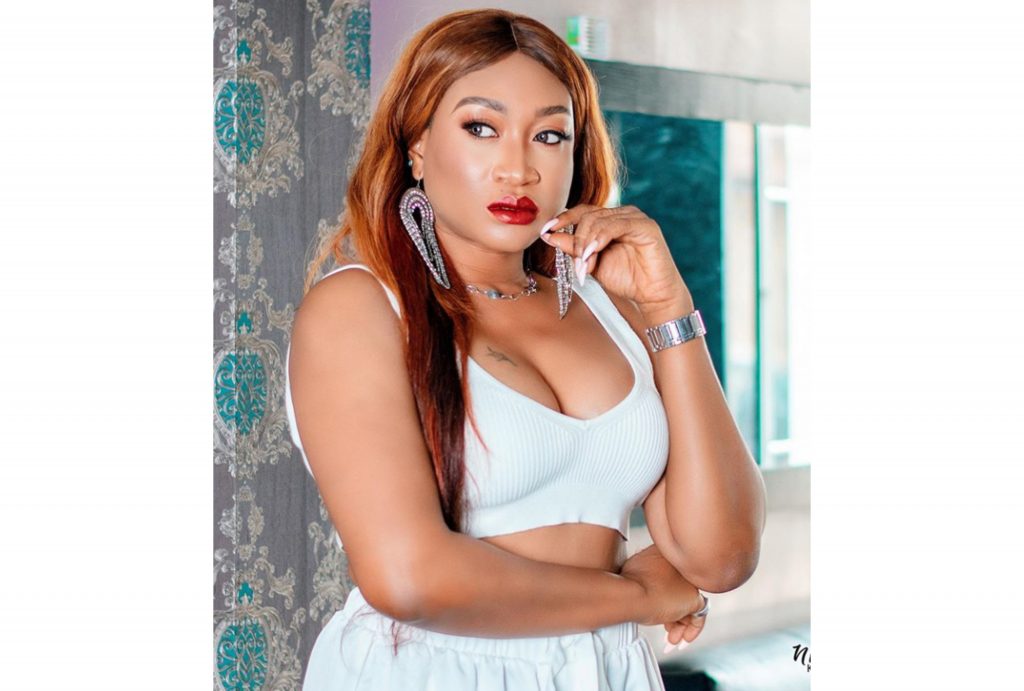 Oge Okoye is a Nigerian actress who was born in London and later moved to live in Lagos with her family. She graduated from the Nnamdi Azikiwe University, Awka with a degree in Theater Arts.

She was born on November 16, 1980, in London, United Kingdom. She is a graduate from Nnamdi Azikiwe University and she is the founder of Crystal Glam Enquirer. The 39-year old lady has acted in several movies like Blood sisters, Eagle’s bride, crazy passion, and many others.

Here are the list of men Oge Okoye have dated…

The actress is reportedly got married to her Holland big man in 2005. They had two children together but the marriage crashed after the two were caught in allegations of infidelity. The ex-husband has reportedly married another Nollywood actress Sylvanus Nikiru.

Oge Okoye got involved with Nollywood actor Mike Ezuruonye after her first marriage crashed. She revealed in an interview how he had a crush on the actor.

It has been rumored that the actress has moved on from all her relationships that didn’t work including her first marriage to date a man who’s identity is yet to be know from the Eastern part of Nigeria. The mystery man of Oge is said to be a successful businessman who has been sponsoring her with trips and also with good for her cosmetic shop.