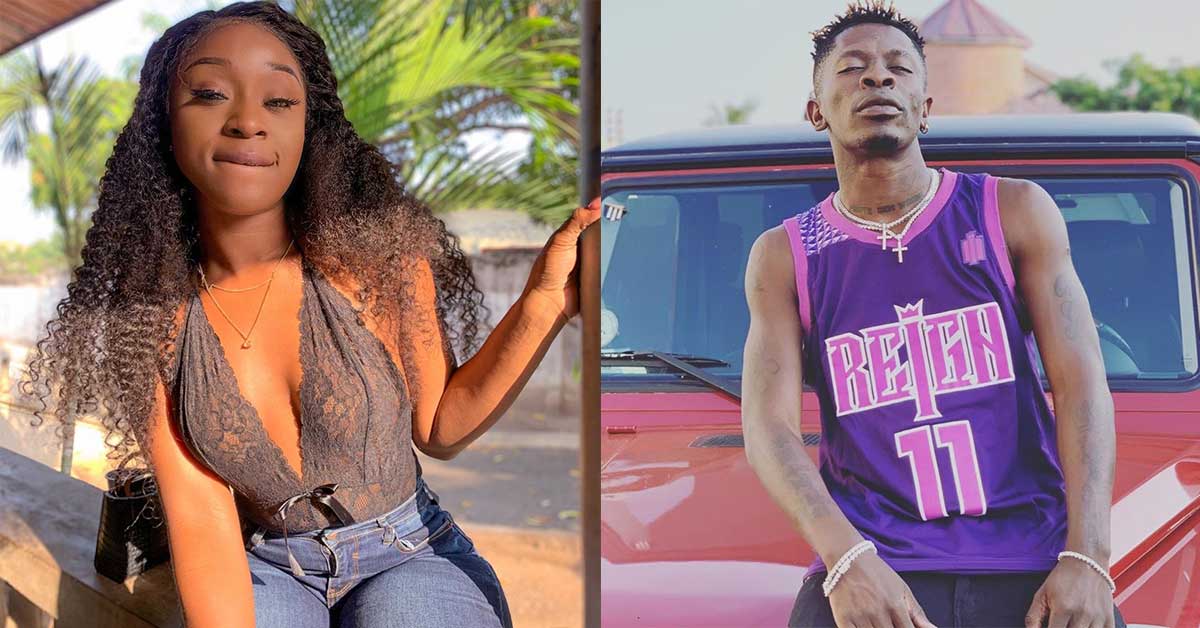 Ghanian actress, Efia Odo has disclosed why she can’t have a romantic relationship with dancehall giant, Shatta Wale.

Both celebrities click very well and their relationship has since been taken as a real couple relationship despite justifications from Shatta Wale as she being her bestie.

Though Ghanaians don’t believe that what they mean by being besties is true due to some of the images and videos surfaced on the gram.

Efia Odo has finally revealed why she and Shatta Wale’s relationship cannot be what many Ghanaians wish for.

In a recent tweet, the video vixen replied to a fan after she was asked to marry the dancehall king.

According to Efia, she noted that it won’t be proper for them to mix pleasure to their business hence the need to make their relationship professional.