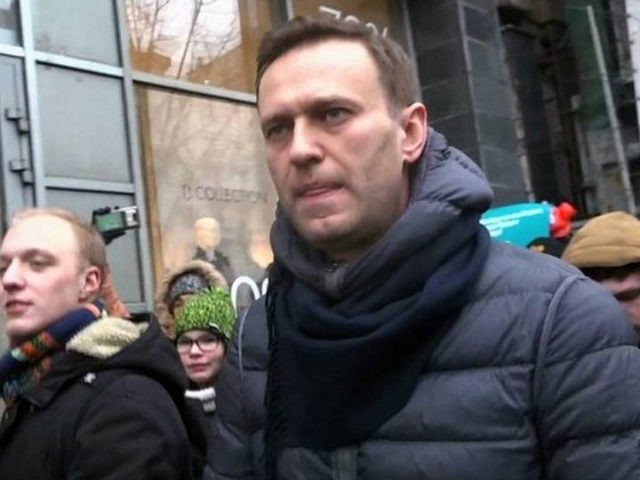 Russian opposition leader Alexei Navalny, who has been frequently arrested and legally harassed for his unrelenting criticism of President Vladimir Putin, became seriously ill while flying from Siberia to moscow on Thursday and was placed on a ventilator. Navalny spokeswoman Kira Yarmysh claimed he has been poisoned.

“We assume that Alexei was poisoned with something mixed into the tea. It was the only thing that he drank in the morning. Doctors say the toxin was absorbed faster through the hot liquid,” Yarmysh said via Twitter.

The Associated Press quoted Yarmysh, who was on the plane with Navalny, saying he began to sweat profusely and asked her to keep talking to him so he could “focus on the sound of a voice.” She said he passed out while using the restroom and has not regained consciousness since.

“Looks like Putin is doing really badly – was handed some data on protest sentiment growing explosively – if he made the decision to poison Navalny,” Navalny ally Vladimir Milov said when news of his condition broke.

CNN described video footage taken aboard the plane that appeared to show 44-year-old Navalny groaning in distress, and later showed him being transported to an ambulance in a wheelchair. The plane made an emergency landing in Siberia, and Navalny is currently a patient in the acute poisoning unit of a hospital in Omsk.

The head physician of the hospital told reporters Navalny is on a ventilator and in serious condition, but stable. He said poisoning “is considered as one of the possible reasons for the deterioration of his state,” but added there could be “a number of conditions that started acutely and led to the same clinical reactions.”

According to Yarmysh, the hospital prevented Navalny’s wife Yulia from visiting him because she didn’t bring her marriage certificate and he did not consent to see her. Yarmysh sounded deeply skeptical of this explanation.

“They’re not letting her in because ‘the patient has not agreed to a visitor.’ They’re literally saying that,” she snorted. If nothing else, it seems odd to expect a comatose patient to give his consent for a visitor.

Yarmysh was also deeply skeptical of state media reports that the police think it is “not unlikely” that Navalny had an allergic reaction to something he consumed, rather than being poisoned.

“Of course. It’s just the tea was bad. This is what the state propaganda is going to do now — yell that there was no deliberate poisoning, he [did something] accidentally, he [did something] himself,” she said sarcastically on Twitter, with edits from the Associated Press.

The New York Times noted that Navalny was hospitalized for a “severe allergic reaction” while he was spending 30 days in jail for “calling a rally to protest a decision by the election authorities to bar several opposition candidates from running for Moscow’s City Council.” His doctors said it was possible he was poisoned on that occasion.

Yarmysh referenced that incident in her comments on Thursday: “A year ago, he was poisoned in a prison, and I am sure the same thing happened here. It’s different symptoms, obviously a different toxin, but obviously this was done to him intentionally.”

Navalny was also hit with a chemical attack while traveling through Siberia in 2017. An unknown assailant approached him to shake his hand and threw “bright green liquid” in his face, inflicting chemical burns that destroyed 80 percent of the sight in one of his eyes.

The Russian government had no immediate comment on Navalny’s condition, beyond saying that it would await his test results before making an official statement.

The New York Times recalled Moscow’s lamentable history of poisoning dissidents, most famously including former intelligence agents Sergei Skripal, who was attacked in the United Kingdom along with his daughter in 2018, and Alexander Litvinenko, who suffered a very messy assassination in London in 2006 that apparently involved slipping radioactive polonium into his tea.

Litivenko’s widow Marina, who now lives in Sicily, told the Associated Press it was “obvious” Navalny would “not be stopped” from exposing corruption and criticizing Putin, so “maybe they decided to do a new tactic not to stop him just with an arrest but to stop him with poison.”

In addition to mounting periodic political challenges to Putin, Navalny established an anti-corruption foundation that published highly critical reports on the Russian elite, famously including Dmitry Medvedev, who has been both prime minister and president.

Navalny’s foundation was shuttered last month after a lawsuit from Kremlin-linked businessman Yevgeny Prigozhin, commonly nicknamed “Putin’s Chef” for his role in organizing state dinners. Prigozhin filed a $1.2 million suit against Navanly’s foundation for allegedly defaming one of his catering companies. Russian courts have a pronounced tendency to side with the plaintiffs in such lawsuits against Navalny. Navalny said he could never pay the penalties Prigozhin and others were seeking, so he dissolved the foundation, then vowed to recreate it under a new name and continue investigating corruption.

Perhaps mindful of how many inconvenient Russians have been infused with toxic substances on British soil, U.K. Foreign Secretary Dominic Raab was quick to express his concerns for Navalny’s health:

Navalny has some enemies beyond Russia’s nominal borders. Last week, Belarusan President Alexander Lukasheno accused Navalny of playing a role in the massive protests against his rule that broke out after a hotly disputed election in early August. Lukashenko lumped Navalny in with “shadowy forces” from “Poland, the Netherlands, and Ukraine” that were allegedly trying to undermine his rule.