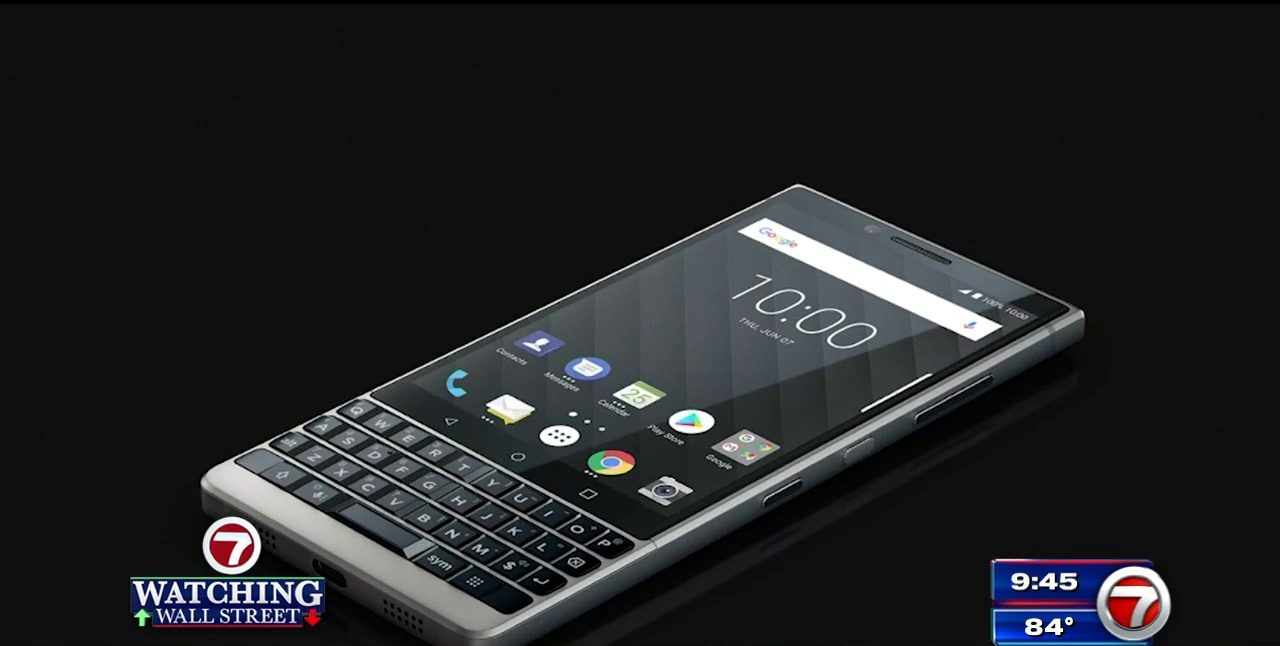 (CNN) — BlackBerry has been left for dead countless times over the past decade, but it refuses to go away. Two years after the last (we thought) BlackBerry phone, the BlackBerry logo will appear once again on a smartphone, complete with its famous, honest-to-goodness, physical QWERTY keyboard.

It’s not a “true” BlackBerry phone, per se, because BlackBerry has been out of the phone business since 2016. But the company has continued to license its brand to phone manufacturers over the years, and it answered the call from a new licensee this year — OnwardMobility, an Austin, Texas, company.

We don’t know much about the OnwardMobility version of the BlackBerry phone, other than it will run Android, it’ll have 5G connectivity, and the company claims it will debut sometime in the first half of 2021. Also, Foxconn subsidiary FIH will manufacture the new BlackBerry.

BlackBerry phones were notorious for two things: A physical keyboard and top-of-the-line security. Although modern smartphones — Apple’s iOS in particular — have become remarkably more secure over the past decade, OnwardMobility is betting the barrage of remote employees working on their mobile phones has given IT departments across the country a collective heart attack.

A phone synonymous with security could be in high-demand (although iPhones and many shades of Android devices are ubiquitous in corporate environments nowadays). A physical keyboard couldn’t hurt — typing long emails on a BlackBerry is just plain easier than typing on glass.

“Enterprise professionals are eager for secure 5G devices that enable productivity, without sacrificing the user experience,” said Peter Franklin, CEO of OnwardMobility, in a statement. “BlackBerry smartphones are known for protecting communications, privacy, and data.”

No one expects the new BlackBerry phone to go gangbusters. It has long since been relegated to niche status after the iPhone and then Android ate its lunch.

But BlackBerry used to be the king of smartphones. At its peak in 2012, it had more than 80 million active users, and they were a status symbol — giving off a kind of “I’m busy and I’m letting you know it” vibe.

The company got its start in 1996 as Research In Motion, and it called its devices two-way pagers. Its first gadget, the “Inter@ctive Pager,” allowed customers to respond to pages with a physical keyboard — a kind of text messaging/email hybrid. Three years later, RIM introduced the BlackBerry name with the BlackBerry 850.

But Apple’s touchscreen revolution with the iPhone in 2007 made BlackBerry’s offerings appear lacking. It tried touch screens, but the first versions weren’t very good. BlackBerry tried slide-out keyboard models, but those never took off. And it developed a few phones with no physical keyboard — but those were missing BlackBerry’s key differentiator.

For the nostalgic folks out there — and people who just love typing on a physical keyboard — they’ve been able to get BlackBerry phones over the past few years made by TCL. Its license it expiring, though, and OnwardMobility is carrying the torch.