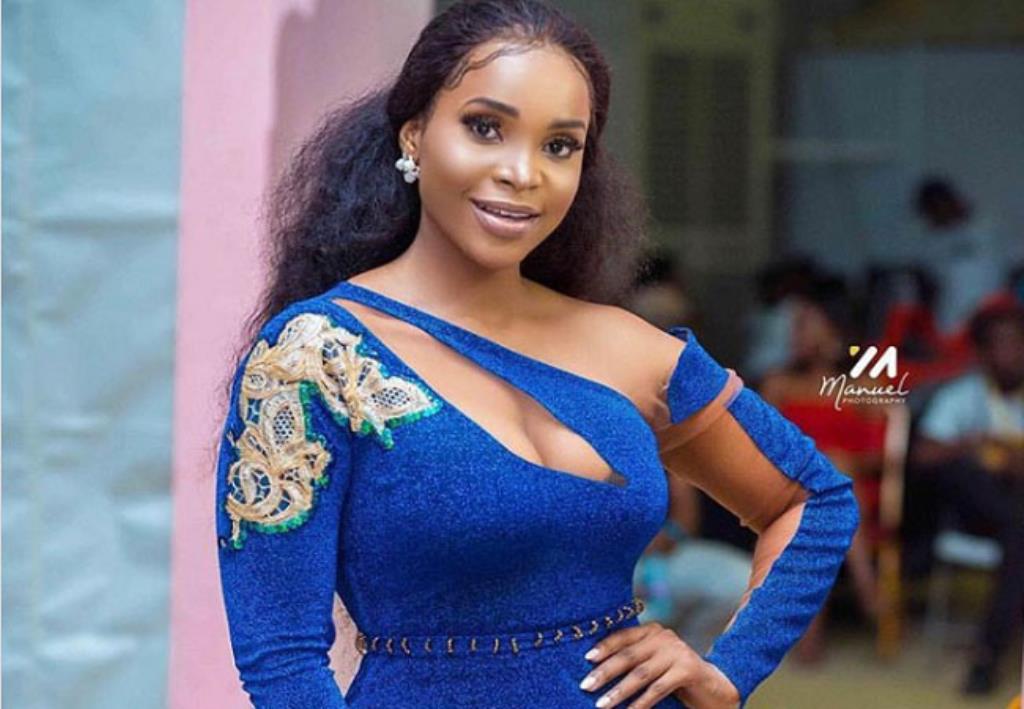 Kumawood actress, Benedicta Gafah has joined celebrities who have given their thoughts about the popular PAPA NO jargon.

About weeks ago, Tracey Boakye among some celebrities took over the trends in Ghana digital space following a fight over a sugar daddy who was only identified as PAPA NO.

Well, influencers including politicians also took the jargon to make some political scores from it and the Instagram model has also joined.

Speaking in an interview, Benedicta Gafah gives her perception about how it’s not good to flaunt your wealth and achievements on social media because everyone has their own time to gain or achieve something.

She indicated that it’s by grace that makes people succeed in life hence one should appreciate their achievements but not display it for people to know what they have.

Her comment came in the saga following Gloria Kani’s exposé against Tracey Boakye.

Gloria stated that Tracey traveled from Kumasi to the nations capital just to verify whether a rumor she heard that Benedicta Gafah has acquired a land building a house.