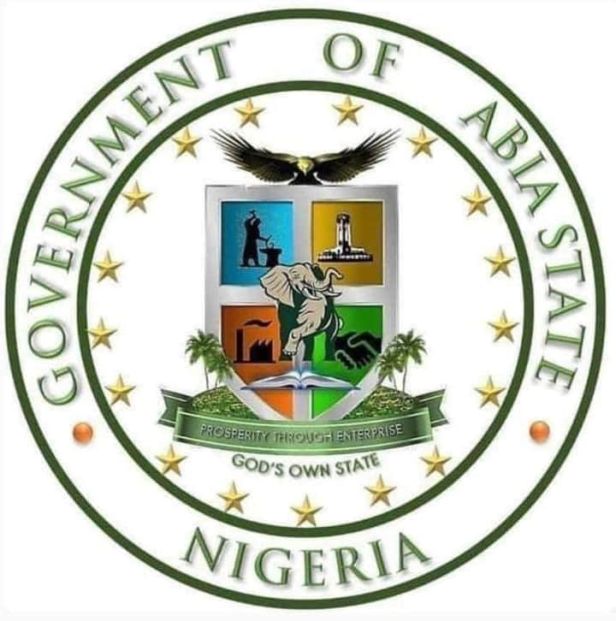 Prior to the recording of the first index cases of Coronavirus disease in Abia State on Monday, April 20, 2020, the State Government, led by Governor Okezie Ikpeazu, PhD, had mobilized the citizenry through massive sensitization campaigns aimed at preventing the disease from breaking into the state, trained medics on management of patients in conjunction with the Nigeria Center for Disease Control (NCDC), locked down the state internally and also closed our borders with other states.

The medics who volunteered to be trained included doctors, nurses, laboratory technicians and others from state and federal government owned medical facilities as well as private clinics in the state.

Even with all the adequate preparations by the state, on the 20th of April, 2020, when the two index cases were confirmed at FMC Umuahia, hell was literally let loose as fear enveloped the facility and the state at large. Many of the medics, out of fear of the unknown, fled the facility and within 12 hours it was difficult to find medics at the facility. While medics who had contacts with the index patients rightly went into self isolation, others who had secondary contacts with them also deserted the hospital while some others busied themselves with issuing press statements and thereafter fled into hiding.

At that point, the Chief Medical Director, Dr Azubuike Onyebuchi, and a few of his senior colleagues had to take charge in order to save the lives of the index patients who were both over 70 years old and with underlying medical conditions, as well as other patients in the wards requiring critical care.

The first challenge for the Onyebuchi-led team was to find nurses who would volunteer to work at the isolation facility to support the patients and the doctors that would manage them.

All the nurses at the facility, including those trained to manage COVID-19 patients declined to volunteer for the work except for two brave hearts: Nurse Lilian Anyanwu and Nurse Kemi Olowoniyi who immediately and without pre-condition donned their Personal Protective Equipment (PPE) and moved into the isolation facility to care for the patients and support the medical doctors to deliver drugs and care to the patients.

As soon as he was briefed on the situation, Governor Ikpeazu directed a special allowance to be paid to the brave nurses and any other medic who volunteered to work at the isolation center. In due course, other nurses and doctors joined the initial volunteers and, ultimately, to the glory of God, both index patients survived and are living today.

Governor Ikpeazu did not and does not forget.

Meanwhile, the State Epidemiologist, Lady Peace Nwaogwugwu, mobilized a strong contact tracing team that transversed the 3 key LGAs of Ukwa West, Umuahia North and Ikwuano to knock doors of contacts of the index patients with a view to collecting their samples for testing and isolating to prevent them from infecting others. In one particular local government, they were almost lynched and it took the personal intervention of the Governor to ensure they had smooth access the next day. Even as they were tracing contacts, Lady Peace concurrently led a highly effective Medical Rapid Response Team to quickly collect samples from all over the state from persons suspected to have contracted the virus, under the guidance of the State Commissioner for Health, Dr Joe Osuji and the Chairman of the Medical Protocol Sub-Committee of the Inter-ministerial Committee on COVID-19, Dr Caroline Iwuoha, who doubles as the State Chairman of Nigeria Medical Association.

With the contact tracing and activities of the rapid response team, the state soon recorded more cases who were moved to the isolation facility at the Specialist hospital Amachara. While other medics in the state were reluctant to join the efforts to save lives, the Chief Executive of Hospital Management Board, Dr Ijeoma Nduka, who is a public health consultant, volunteered to work at the Amachara facility along with some other medics including Dr Stanley Okerulu who was barely 27 years old then. For weeks, these medics never left the facility to go home and see family members, and between them and others, have managed more than six hundred COVID-19 patents back to good health.

Indeed, the Amachara Isolation and Treatment Centre has recorded more than 99% survival rate because of the sacrifices of Dr Nduka, Dr Okerulu and many others including consultants, residents, nurses and support staff.

In recognition of the sacrifices of these great Abians and others, Governor Ikpeazu has directed the organizing committee of the 29th Anniversary of Abia State to celebrate them with honors in order to encourage others to make similar or even greater sacrifices in service of humanity.

Those to be honored include:

In addition to the medics, Governor Ikpeazu also took note of one particular staff of Transport and Indiscipline Management Agency of Abia State (TIMAAS) who has distinguished herself in the task of controlling traffic, particularly at FMC junction of Ikot Ekpene Road, Umuahia, where she turns up every morning before rush hour and work through the day in very neat uniform with visible passion to ensure free flow of traffic. In recognition of her diligence, TIMAAS Officer Uche Ugochi Confidence will also be honored with a special award during the Abia Day Celebration on 27th August, 2020, at the Michael Okpara Auditorium of Government House Umuahia.

In his 29th anniversary message to the people of the state, titled “Our Future is Bright”, released by his Chief Press Secretary, Sir Onyebuchi Ememanka, Governor Ikpeazu “sent his gratitude to all medical and allied services workers who have been in the forefront of the fight against Covid-19 and assured that his administration will do everything necessary to protect our people. He also reiterated his deep gratitude to the people of Abia State for standing by him in prayers during the time of his health challenge. He then sent his deep condolences to the families of all those who lost their loved ones to the pandemic.”