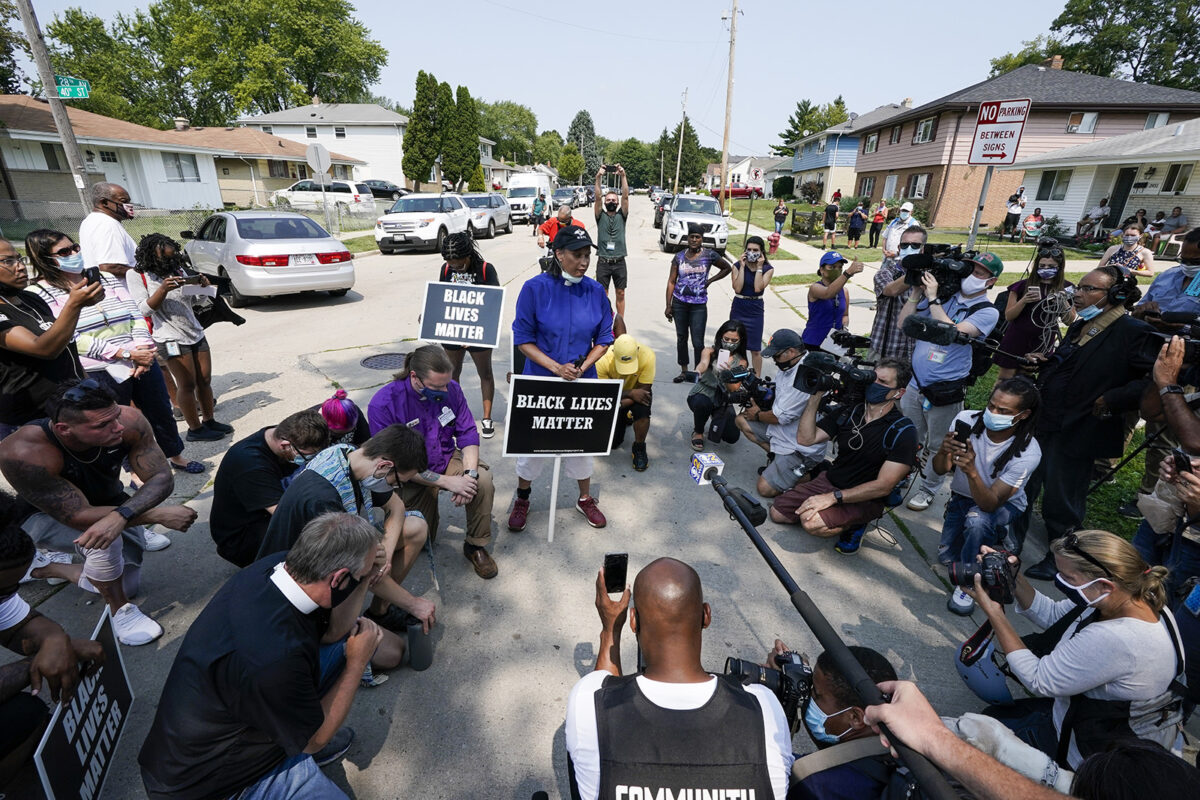 (RNS) — Muslim and Christian leaders are decrying the police shooting of a Black man in Kenosha, Wisconsin, as authorities begin an investigation into the incident and the governor calls for a special session of the legislature to address police accountability.

The Council on American-Islamic Relations called for “immediate action” against the officers involved in the Sunday (Aug. 23) shooting of the man Wisconsin Gov. Tony Evers identified as Jacob Blake.

“Enough is enough,” said CAIR National Deputy Director Edward Ahmed Mitchell in a statement. “The fact that these horrific and unnecessary shootings continue to occur serves as further proof that we must quickly and radically reform the way that law enforcement agencies operate, especially in communities of color.”

Evers, a Democrat, said in a Sunday statement that Blake was “shot in the back multiple times” and critically injured.

“While we do not have all of the details yet, what we know for certain is that he is not the first Black man or person to have been shot or injured or mercilessly killed at the hands of individuals in law enforcement in our state or our country,” he said.

Muslim Advocates, a Washington, D.C.-based organization, joined with Muslim groups in Wisconsin to condemn the shooting.

“Our hearts go out to Jacob Blake, who we hope survives this shooting, and his family, which includes three young children who will have to live with witnessing this trauma for the rest of their lives,” the groups said in a statement. “We condemn this police shooting and demand a thorough investigation in order to bring justice to Blake and his family.”

“Three children watched police shoot their father seven times in the back; wailing at the foot of the cross,” said the Rev. Jacqueline Lewis, pastor of the multiethnic Middle Collegiate Church in New York, in a tweet. “God, hold Jacob Blake in your protection. Heal wounds he should never have suffered. Keep him here with his family, where he belongs. And smash every system of death.”

Added the Rev. Bernice King, CEO of the Martin Luther King Jr. Center for Nonviolent Social Change: “We shouldn’t have to see one more video of a Black human being brutalized and/or gunned down by police in a clear case of excessive or unwarranted force. Anybody who doesn’t believe we are beyond a state of emergency is choosing to lack empathy and awareness.”

In a Monday news conference streamed on YouTube, Evers said the legislative session is necessary to address proposals on policing transparency and accountability in the wake of the killings by police of George Floyd in Minneapolis and Breonna Taylor in Louisville, Kentucky.

“We cannot wait for Republican leadership to show up for work because clearly they intend to keep us waiting,” said Evers on Monday, when he signed an executive order calling the Wisconsin State Legislature into the special session. “We must begin the long but important path towards ensuring our state and our country starts to live up to our promises of equity and justice.”

Lt. Gov. Mandela Barnes, who is Black and said he wished he had not had to watch another video of a Black man shot by police, acknowledged the protests for changes in policing practices.

“People’s pain, anger and frustration is a long overdue call to action,” he said in remarks following the governor’s. “Join me in praying for Jacob Blake and his family and join me in fighting to make sure that this does not ever happen again.”

The latest police shooting comes at a time when research — collected after the death of George Floyd under the knee of a Minneapolis police officer — shows Americans are divided by race and religion over whether police killings of unarmed Black men are isolated incidents or part of a broader societal pattern.

More than 7 in 10 white evangelical Protestants (72%) say such killings are isolated incidents, according to Public Religion Research Institute. That finding, from a June 26-29, 2020, survey, remains unchanged since 2015. Though PRRI notes the sample size for Black Americans in the recent poll was small and should be interpreted with caution, their views remain unchanged, with 17% saying they are isolated incidents in 2020 and 15% saying so in 2015.