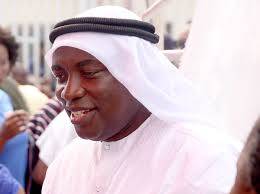 There was chaos in the New Patriotic Party (NPP) in 2015 when they were in opposition as the then General Secretary of the party, Mr. Kwabena Agyie Agyapong was suspended from the party.

The National Executive Committee (NEC) of the NPP suspended Kwabena Agyapong and the former Second Vice Chairman, Sammy Crabbe, indefinitely upon a decision for publicly rebelling against the party’s decision to indefinitely suspend the then National Chairman of the NPP, Paul Afoko.

Nevertheless, Kwabena Agyapong recently revealed he still has love for the NPP party despite the harsh disciplinary measure meted against him. The former scribe of the NPP who has partially bowed out of the political scene said he will soon bounce back into active politics to serve mother Ghana.

He added that once he comes back into politics, he is positive of helping to improve the ‘fallen standards’ of politics in the country currently. ‘I miss serving my party; I miss serving my country, that’s for a fact because I think I can make a contribution. I see a lot of things happening that I think can be improved and I think they should be improved.

I still love my party, I contributed a lot in 2016, a lot of people do not know. You can ask the many constituencies that I helped, that I mobilized resources and supported. I pay my dues every four years. I paid up to next four years and last year I paid at my hometown.

I think there’s a higher calling of serving my country, and I do believe sooner rather than later I will be back in there. I’m hoping to come back into full-time politics, I’m too young to leave it and I think I should always serve my country. Sometimes you can take a sabbatical but I haven’t retired from politics,’ he stated emotionally.