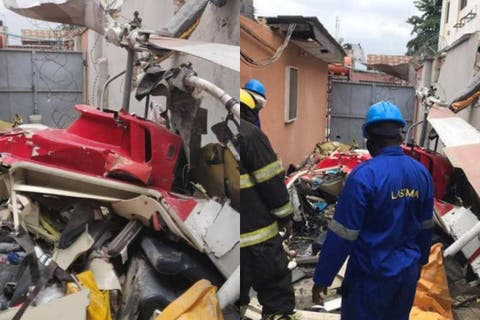 According to a state official the helicopter, a Bell 206, with registration number 5N BQW which belongs to Quorum Aviation, came in from Port Harcourt, the Rivers state capital with two crew members and a passenger.

The third occupant of the helicopter, also a man, was rescued and taken to the Lagos State University Teaching Hospital (LASUTH).

According to the Chief Press Secretary to Governor Babajide Sanwo-Olu, Gboyega Akosile, the injured victim has been taken to the hospital, while the dead bodies have been deposited at the mortuary.

Flash: There’s been a helicopter crash in a private house at Opebi area of Lagos. Two people confirmed dead, 1 person badly wounded and has been taken to the hospital. The dead bodies have been deposited at the mortuary.