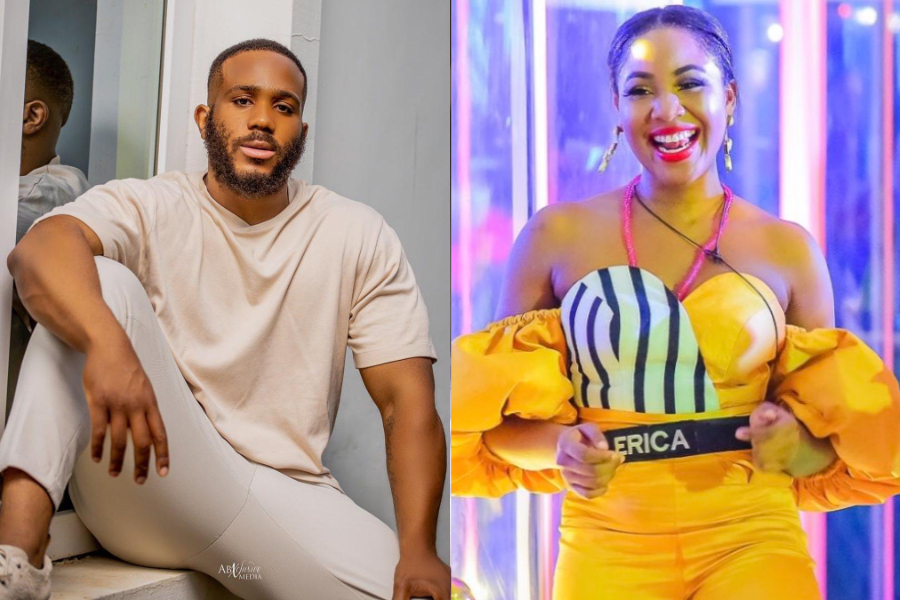 A housemate of the ongoing reality show, Big Brother Naija, Kiddwaya has confessed to housemates Trikytee and Prince the reasons why he cannot date or marry Erica after the show.

Erica and Kiddwaya had a serious and lengthy talk about their love affair in the Big Brother Naija house after Erica made some observations about Kiddwaya. Erica asked for more from Kiddwaya other than kisses and romantic talks. When Kiddwaya couldn’t give her any assurance, Erica wept bitterly and asked for a breakup.

Prince and Trikkytee inquired from Kiddwaya why he couldn’t date or settle down with Erica despite the good times they’ve had together in the house.

Kiddwaya told Prince and Trikytee that he wouldn’t be able to date or marry Erica because he doesn’t her to get hurt because she handles someone like him. Kiddwaya also stated that he lacks emotions and affection because he wasn’t brought up like Erica.

He added that he told Erica to stay as a friend and nothing intimate but Erica wants more than friendship from him. Prince asked Kiddwaya to work out things between Erica and himself so they can have a common ground and compromise.