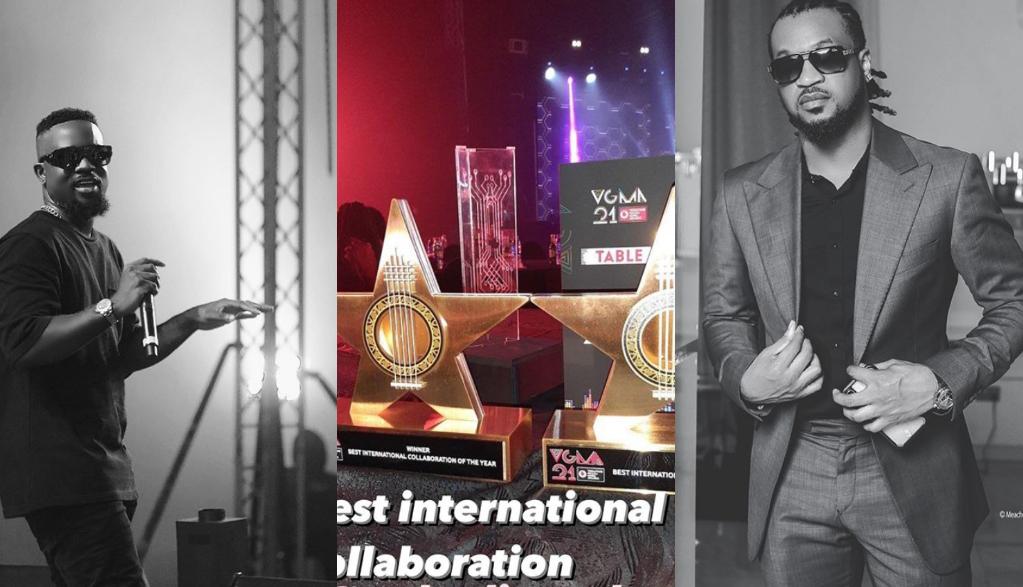 Nigerian singer Rudeboy has celebrated his win with rapper Sarkodie as their ‘Lucky’ wins Best International Collaboration of the year at VGMA.

A lot of artist and industry players were awarded last night at VGMA and Rudeboy of defunct Psquare happened to win an award with Sarkodie.

Their song ‘Lucky’ emerged as the best international collaboration of the year after competing with Kidi among others who were nominated in this category.

e posted a photo on his InstaStory thanking VGMA for giving them such an award as he appreciates his counterpart Sarkodie as well.