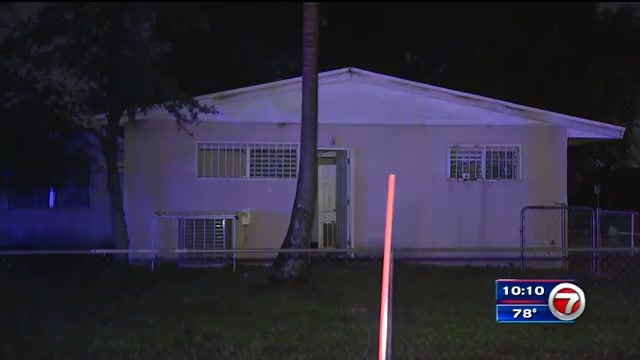 Officials are investigating a house fire in Miami Gardens that, officials said, was caused by a lightning strike.

Miami-Dade Fire Rescue responded to the scene of the blaze at a one-story home in the area of Northwest 39th Avenue and 188th Street, just before 7 p.m., Sunday.

Officials said a lightning bolt sparked a fire in the attic.

Firefighters had to force their way into the roof.

It took crews about 10 minutes to put out the flames.

Officials said the home was vacant. No one was injured.

The cause of the fire remains under investigation.