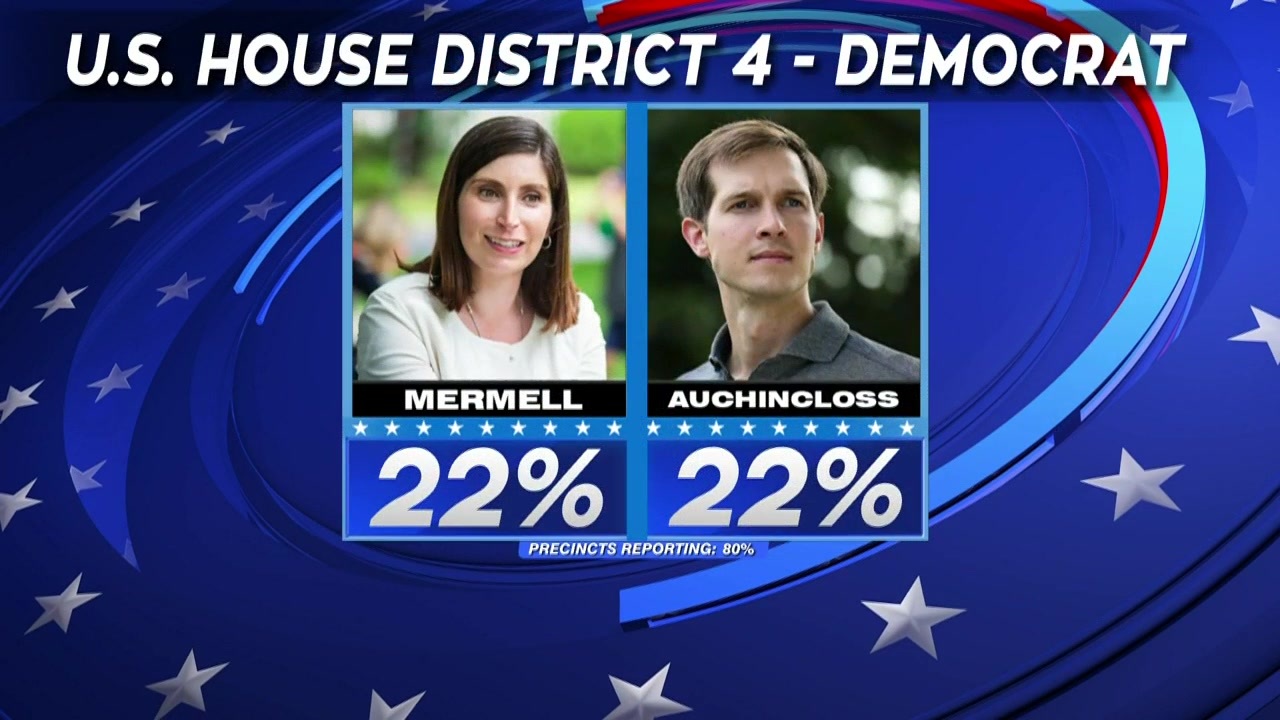 The 4th Congressional District Democratic primary remains too close to call as votes continue to be counted Wednesday morning.

Candidates Jesse Mermell and Jake Auchincloss are currently separated by roughly 100 votes with about 80 percent of precincts reporting results.

Mermell and Auchincloss, along with seven other candidates, are vying for the seat being vacated by Democratic Rep. Joe Kennedy III, who opted not to seek reelection and instead challenge Sen. Edward Markey in the U.S. Senate primary.

Markey ended up defeating Kennedy in the hard-fought Democratic primary.

Auchincloss is a Marine veteran and a city councilor in Newton, while Mermell is a former member of the Brookline Select Board and a former advisor to former Gov. Deval Patrick.

Both candidates spent the final hours of primary day meeting with voters, hoping to edge ahead.

They know the winner could come down to the final votes, which includes ballots from the state’s first real test of mail-in voting.

Neither candidate spoke overnight but Mermell’s campaign issued a statement that read: “This is the first time Massachusetts has voted by mail, and we believe there are thousands of votes still not counted. We have a responsibility to see the process through and give clerks the time to do their jobs and count the votes.”

The 4th District winds from the Boston suburbs of Newton and Brookline south through Attleboro, Taunton and Fall River.