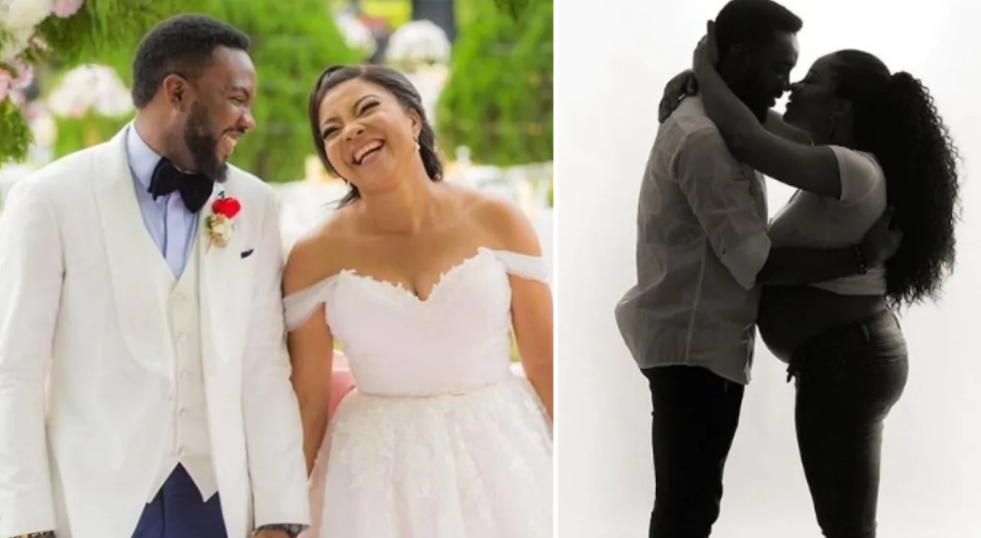 Movies are make-believe, we all know that, but some onscreen romance extended into the real world and became a reality which some of us never saw it coming.

Love and marriage are two beautiful things God has bestowed onto mankind and these actors here made sure they savoured it to the fullest. Well, it’s unfortunate just one out of the marriages we have here on our list which blossomed on set and later turned into a beautiful marriage never saw the end of the fairy tale book.

The R&B singer and his current wife, Adesua first ‘clashed’ on the movie ‘The Wedding Party’ and the rest they say is history.

The pair also emerged from Tinsel where they were paired as lovers. Linda Ejiofor once told the media that she and Ibrahim been friends for years before they decided to take the relationship to the next level after sharing a closer relationship on the set.

Nollywood stars Florence and Iyke Okechukwu met and fell in love when they were paird in one of the best African telenovelas, Tinsel. They were know as Chuks and Ene in Tinsel. They have been married for 7 years and blessed with 2 children.

Ijeoma once revealed in an interview that she met her husband during a movie audition that she went for. They both started dating just a few weeks after she got the role of the movie. The relationship blossomed and married in 2013.

The handsome actor met and fell in love with her wife when they were both cast pasrtners in Tinself. Unfortunately their marriage last only for two years, with one son.