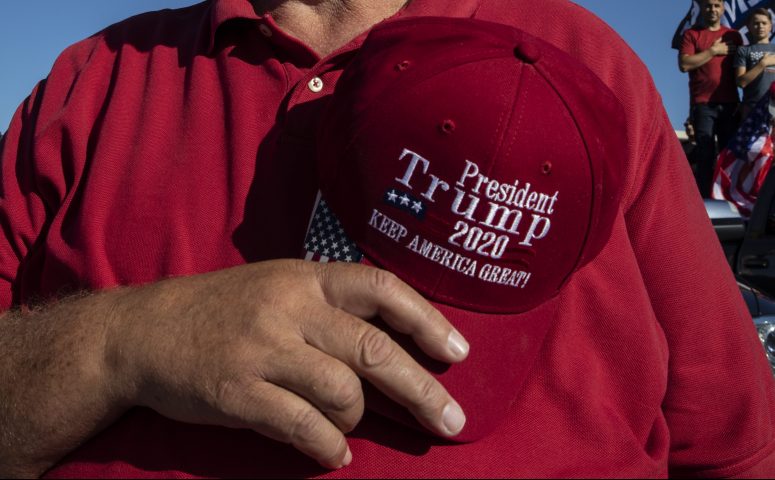 NEWPORT NEWS, Va. (AP) — A Virginia man says he was fired from his job at a shipyard for refusing to remove a hat supporting President Donald Trump.

The Virginian-Pilot reports Dave Sunderland, 55, was fired last week from Newport News Shipbuilding. The private firm builds the nation’s aircraft carriers and some of its submarines.

Sunderland said the human resources department said he violated a policy that bars yard workers from “campaigning” while on the job. Sunderland said he wore the hat as he walked from his car to his work area inside the gates, and sometimes during a safety meeting at the beginning of his shift.

Sunderland said he was not campaigning but wearing a ball cap. He told the newspaper he has worn Trump hats to work every day for nearly four years and most recently wore one that said “Trump 2020.″

Duane Bourne, a spokesperson for Newport News Shipbuilding, said shipyard workers are strongly encouraged to participate in the political process on their own time.

“However, as we have previously communicated to our employees, we do not allow political campaign or partisan political activities on company property, such as wearing attire with messages that include a campaign slogan,” Bourne told the newspaper.