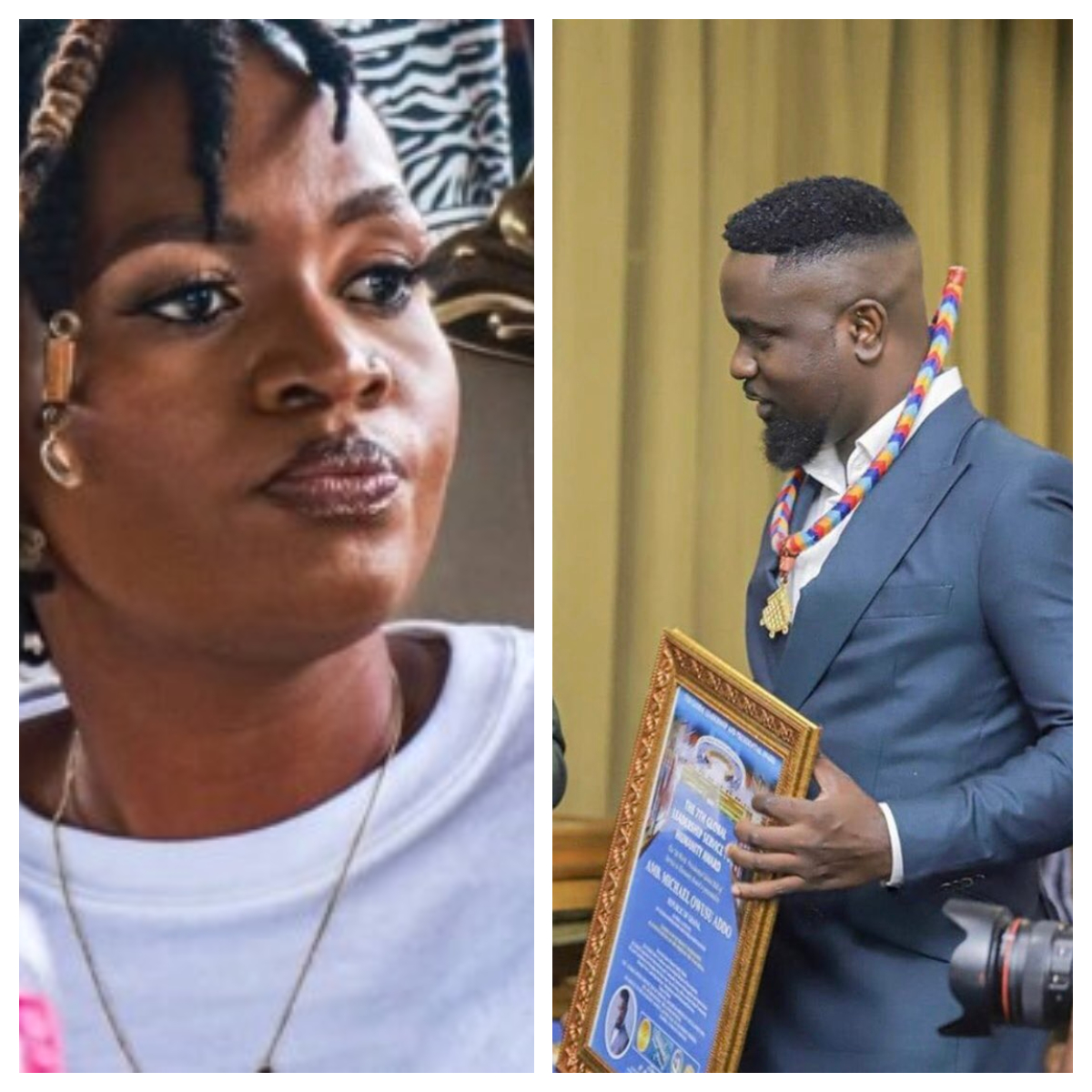 After suffering in the hands of netizens for falling for a fake award from a man who posed to be a representative of the United Nation and the Kofi Annan Foundation in the person of Dr. Kwame Owusu Fourdjour, Stonebwoy’s girl, Ayisha Mordi has also taken to Instagram to troll Sarkodie as well.

In her reaction, Ayisha Mordi wrote on her Instagram page that fake musicians like Sarkodie deserve fake awards.

She wrote; “We should have paid attention to the woman’s facial expression… Clearly she was like “ hw3 di333 Okyire bi “

We all know Ayisha Mordi hasn’t been in good terms with Sarkodie after the incident that happened at the Black Star Square during the rehearsal towards the BlackLove Virtual Concert.