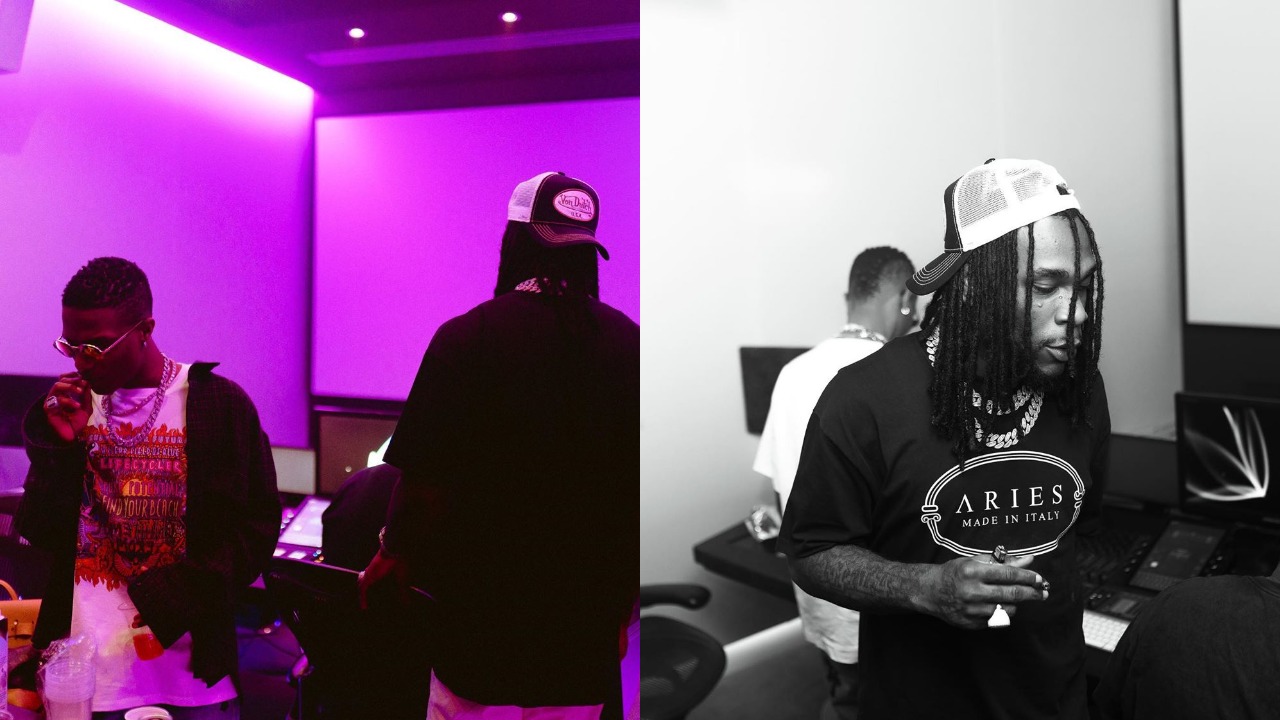 The Nigerian super star Wizkid has been spotted in the studios with the self acclaimed African Giant Burna Boy recording new music for their fans.

Wizkid posted a photo of himself and and Burna Boy in the studio yesterday 3rd, September. Although he didn’t captioned his photo, many are of the opinion that the two super stars are recording and working on Wizkid’s most anticipated album “Made in Lagos”.

Wizkid announced in July that Burna Boy will be among the list of artistes to feature in his project. Wizkid has also taken to his page to also post the studio photos.