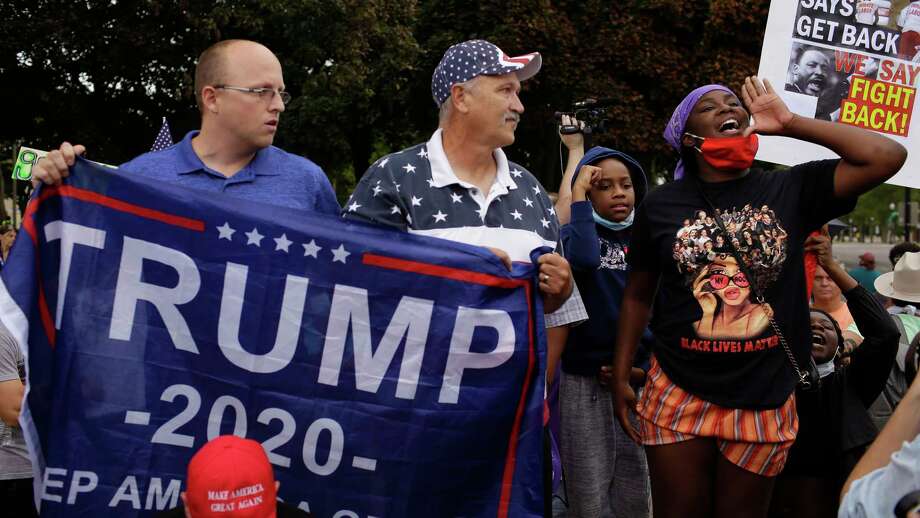 The presidential election is now eight weeks away, and the structure of the contest is little changed from where it has been for some time. President Donald Trump is struggling and at times floundering. The question is whether he has the skills to turn around his candidacy in hopes of replicating his 2016 surprise victory.

At the traditional Labor Day kickoff to the fall campaign, the race remains former vice president Joe Biden’s to lose – which of course could still happen. Trump has tried many things over the past months in an effort to avoid becoming a one-term president. So far, nothing has proved to be the magic potion the president seems to believe is out there.

Trump has claimed Biden is mentally challenged. He has gone after Biden’s son Hunter as corrupt. The president has accused Biden of being a radical leftist, a socialist. He says the former vice president is weak. He says his challenger is soft on China. He has said Biden supports violent protesters and doesn’t support the police. Oh, he’s also said Biden’s 1994 crime bill was too tough on crime (and by implication, therefore, on the side of the police).

He is now preaching law and order, seizing on months of nightly protests in Portland, Ore., which often have turned violent, along with the protests and violence that followed the police shooting of Jacob Blake in Kenosha, Wis. He claims the nation’s cities are ablaze and that a Biden presidency would destroy the suburbs. The rhetoric aimed at suburban voters is grounded in racism.

It is premature to say the law and order message isn’t working, though there’s been minimal movement in the polls since the conventions ended. What is left in the Trump tool kit if this message fails to do what Trump hopes it will do?

Trump’s mistakes, record and history plague his candidacy. He paints his record in glorious superlatives: “The greatest economy in history.” Or, “No one has done more for (fill in the blank) than I have.” The reality is something else, and it shows in how people continue to view him: negatively in terms of his job approval and distrustful of what he says about the coronavirus pandemic.

The pandemic is far worse and more deadly because of how he handled it in the early stages and how he is still handling it. He speaks about it as if it is almost history. He mocks Biden for wearing a mask. He predicts the readiness of a vaccine by late October, a scenario that he obviously sees as a lifeline to his political resurrection. This rosy outlook runs contrary to the assessments of medical experts. Meanwhile, one forecast of the covid 19 death toll by early next year has been revised upward to 410,000.